The Making of ‘District Nurse’Mary Dalton shares her memories.

We were five children, four girls and a boy, all born within 8 years. Steve, our little brother (now 62 years old), was in the film in his highchair and our eldest sister (now 70) was at ‘big school’ and did not appear.

Mum and Nora Parsons, the District Nurse, were best friends and in the film our Mum was supposed to be having a baby. We are very amused to see her pretending to be in labour!  Unfortunately our dear Dad, a farmer, who was 20 years older than Mum, was not allowed to be the father!  An actor played his role as Dad was believed to be a little too old!  (He was by then around the 60 year mark, having survived the First World War, but having lost 3 brothers, one of whom was awarded the V.C.)  Because Dad did not marry until he was 50 years old we feel we are a little unique in that our father, and not as in most cases our grandfather, was a First World War veteran. We are still linked very closely to that time which is now considered ‘history’!

Linda, the eldest of us appearing in the film, remembers the most. She says that the crew making the film were really pleased with their work. Afterwards a lady in a sari, whom we were told was from Ceylon, and now realise must have been the director, Sarah Erulkar, came back to our farmhouse to say goodbye. Linda thought she looked like a princess and had a lovely smile!  The cameraman took all the shots, but she told him exactly what to do. During the filming Linda remembers going into Mum and Dad’s bedroom thinking it would look like a film set, but nothing was different except lots of lighting, which made it look really cosy. This is where the scene with our Mum in labour was shot.

The scene with us three appearing from a gateway and getting into Nurse Jeal’s car was filmed really easily, with only one practice ‘take’. One thing confused Linda because little Mo, the youngest, and I were in the back of the car and she was in the front seat with Nurse Jeal driving – so where was the cameraman? To all of us it seemed just ordinary ‘goings on’.

All of us girls went to Wadhurst College Girls School, where the film was shown to all the pupils. It was also shown at the Essoldo Cinema in Tunbridge Wells, about 8 miles away, and the village folk turned out by the coachload!  We think our Mum was hoping for an Oscar!

Nora Parsons was a lovely lady. She was so kind to us children, teaching us to swim and she recited poems and helped us with knitting and came on holiday with us to a caravan site in Reculver in Kent. Dad had to stay behind because of running the farm. She took Linda to Stratford-upon-Avon and really broadened our horizons in many ways. Not many years later she left Wadhurst quite abruptly and Mum and all of us five were quite devastated. It was a very sad time.

All five of us are still around, although Dad died in 1967 and Mum in 1978. We all remember the filming which was very exciting, and all the lovely Wadhurst characters who also appeared in the film. Wadhurst has not changed very much, nor the local people. Many of our contemporaries are still there. Linda and Stephen both still live in Wadhurst, only 200 yards from Darbys Farm where we all grew up. Anthea and Stephen have watched their children grow and have families, and now have grandchildren. There is much continuity and long standing friendships in the village.

It is a changing world, but in some respects people and places and values remain the same.

You can see a short clip of the Director, Sarah Erulkar, being interviewed in 2011 here: http://www.bfi.org.uk/live/video/%20571 and there is a short biography of her here: http://www.screenonline.org.uk/people/id/1397348/index.html

‘The District Nurse’ is shown in full on the QNI’s archive film DVD, available from the online shop. 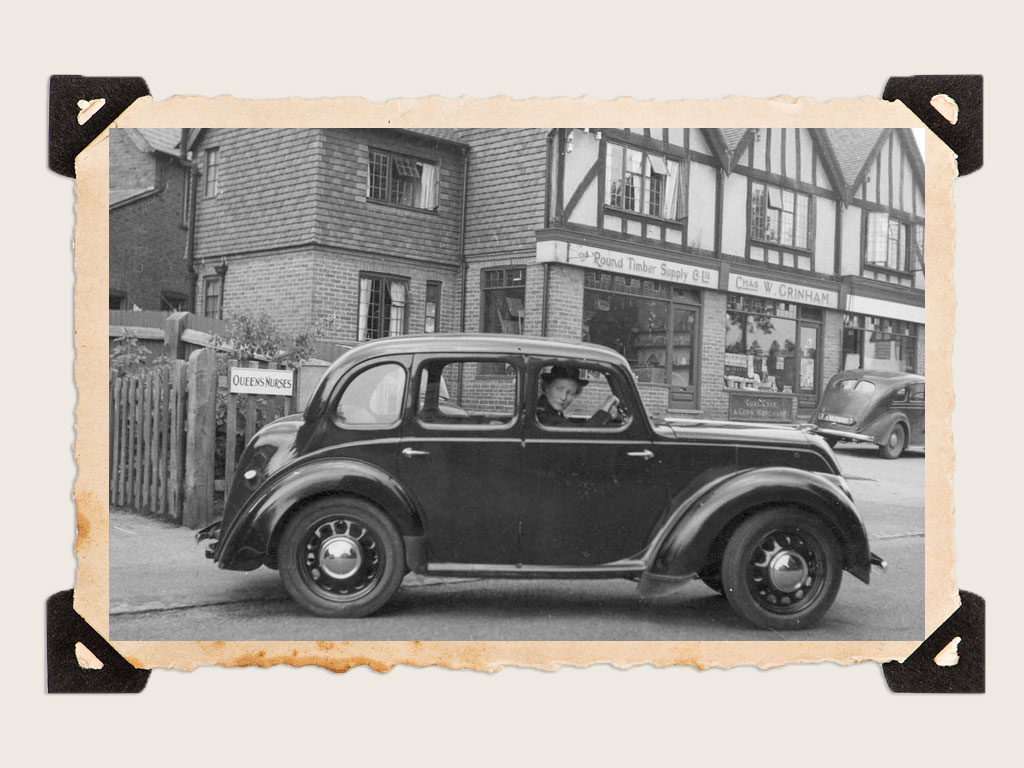