District nursing associations often established ‘provident schemes’, where people would join the association and pay a regular subscription in order to receive nursing care when the need arose. In 1898 Jamieson Hurry wrote ‘District Nursing on a Provident Basis’. He suggested a subscription of 1 shilling a year for an individual, or 2 shillings 6 pence for a family. By this he calculated that a population of 4000 would be able to support one nurse. He lists towns that already operated the system, including Daventry and Stockton-on-Tees and the counties Gloucestershire, Dorset and Lincolnshire. In the 1890s when the average wage of a working man was 20 to 30 shillings per week, the cost of employing a private nurse was completely beyond the means of the majority of families. Under the provident system people would pay a small amount of money regularly in order to qualify for the services of a district nurse. A similar system was already in use in other areas, for example the medical dispensaries and fire services. It was very similar to paying insurance. Nurses themselves were frequently required to collect fees from patients who could afford it.

In 1911 The National Insurance Act became law, which paved the way for the welfare state. However it did not allow for universal free health care – different systems evolved side by side and provident schemes remained popular. In 1929 Shirley Morris, Secretary of the Leicester District Nursing Association advised charging one penny a fortnight to subscribers, while those who were not subscribers would be charged 1 shilling and 6 pence for each visit by a nurse. The arithmetic was obviously compelling and 60,000 workers in Leicester were subscribers in 1929. Over 80,000 home visits were made by nurses in the city that year, income rose from £3000 to £9000 per year and the number of nurses employed rose from 18 to 30.

In 1930 a short film was made to encourage people to join their local district nursing association. You can view the Appeal Film here.

The very poor and old age pensioners were generally nursed for free but it wasn’t until July 1948 when the National Health Service became operational that universal health care became free at the point of access. Henceforth home nursing was paid for by everyone through National Insurance contributions and the nurses were employed by local authorities. 98% of the population were now within reach of a district nurse. To read more about the history of the NHS at that time, click here http://www.nhs.uk/aboutnhs/nhshistory/Pages/NHShistory.aspx

The local district nursing associations have since ceased to exist, but the Queen’s Nursing Institute continued training district nurses until 1968 and has continued to provide an expanding range of services to community nurses ever since, so the need to raise funds has never stopped. 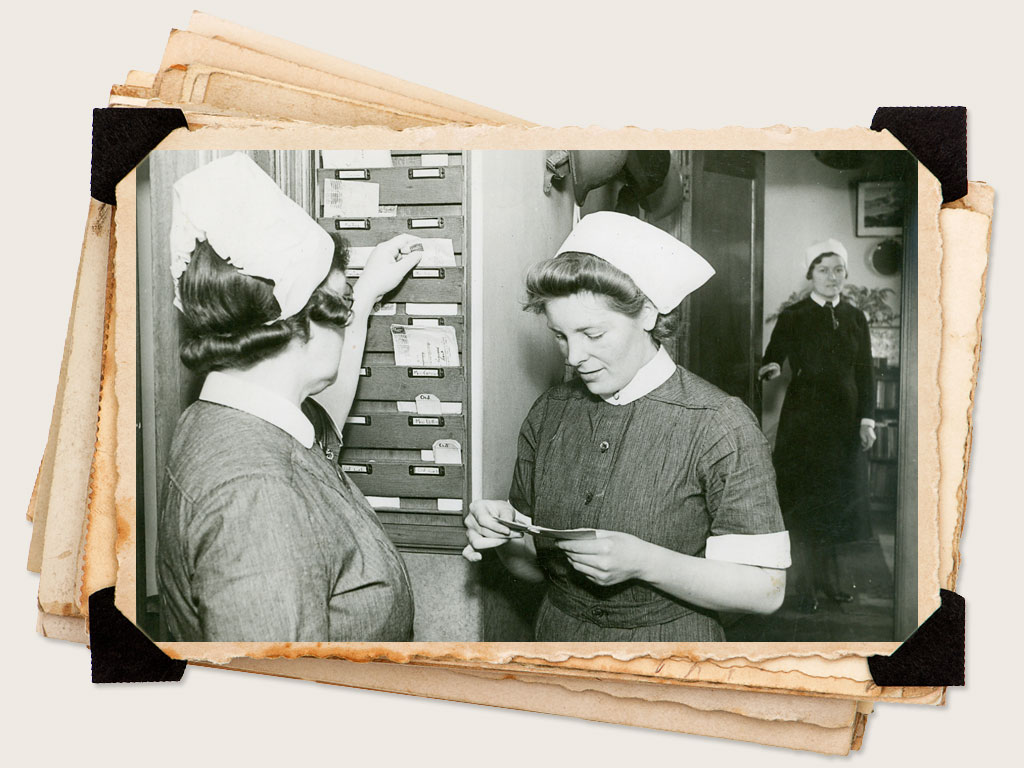