All classes of the Community claimed Miss Florence Nightingale as a national possession and all felt a personal pride in her, but none more so than the Queen’s Nurses who owe their establishment in a great measure to Miss Nightingale’s desire that the poor should receive skilled nursing in their own homes, and whose book on the subject*, written so many years ago, was so much in advance of her own times, that in spite of the wonderful progress made by sanitary science in recent years, it remains one of the best and most suggestive books on the subject we have. The daily press and other nursing papers have dealt with Miss Nightingale’s life so exhaustively that we need do no more than in these few words add our humble tribute of gratitude and admiration to the Lady of the Lamp….

On October 2nd, at the Central Home of the Liverpool Queen Victoria District Nursing Association, a beautiful memorial panel to Miss Florence Nightingale was unveiled by Miss Rosalind Paget. The Lord Mayor presided, and Mr Herbert Rathbone and other members of the Committee were present.

In the course of an encouraging address, which also had a note of warning, Miss Paget said the watchwords of Florence Nightingale were efficiency and thoroughness. What, she asked, was the secret of the influence which Miss Nightingale wielded over all she met? She undoubtedly possessed a great personality, but at the back of her power lay her wonderful sympathy, her enthusiasms, which were always young, her simple and modest attributes, and her perfectly ordinary courtesy.

Speaking of nursing, Miss Paget said that she had seen many changes during her thirty-five years of work. Most of them were for the better, but of some she was not so sure. Sixteen years ago Florence Nightingale said, ‘There is an old legend that the nineteenth century is to be the age for woman and has it not been so? Shall the twentieth century be the age for words? God forbid!’ That was a prophetic vision. Has there even been ten years’ of such conferences and lectures, such a flow of words? If those words were to be of any use they must be condensed into action.

There were many people to help, eminent men and women and scientists, but she wanted to know who was going to do the actual work? If the District Nurses do not someone else will. She went on to say that the attitude of the public to the trained nurse had altered very much in the last generation or two. The Nurse used to be regarded as a hospital-trained angel with a cast-iron back that worked on hinges. Now, she was thought of as an unpleasant adjunct to the doctor. The modern trained Nurse is supposed to have no character, no initiative, no resource – but all the same they send for her in time of need. Where did the fault lie? She thought that some of this feeling was due to the very perfection of the nurse’s training. Her thinking was all done for her in hospital, and she was in hospital so long she forgot to think for herself when she came out. She urged nurses to think for themselves, and not to forget to nurse the patient as well as the disease. She felt very earnestly that to retain their position nurses must reconsider their standpoint, their ideals and perhaps their training, so that they might take part in the prevention as well as the cure of the disease.

The Life of Florence Nightingale

The article was a review of The Life of Florence Nightingale by Sir Edward Cook, published London, 1913.

“Florence Nightingale”, says Sir Edward Cook, “was by no means a Plaster Saint. She was a woman of strong passions… not only a gentle angel of compassion… more of a logician than a sentimentalist… A passionate statistician…” and we learn from these pages that it was Miss Nightingale’s amazing grasp of facts, her power of foresight, which possessed in unusual degree, her persistence, untiring energy, her devotion to the one great ideal that dominated her long life, the advancement of sanitary reform, these allied to a keen sympathy with suffering and hatred of injustice and wrong, made her the power she was. From her quiet room Miss Nightingale carried on a ceaseless campaign for improved sanitary and social conditions for her beloved soldiers at home and in India; she educated Viceroys, and kept Ministers up to their duties, held ‘Cabinets’ and influenced Departments of State….

Miss Nightingale’s intellect was of a rare order; she was in fact many generations ahead of the times in which she lived; it goes without saying therefore that she believed firmly in the extension of political power to women.

“Miss Nightingale”, says her biographer, “who was in favour of Female Suffrage, could hardly have gained more influence by the possession of a vote. But then very few women and not many men have the opportunities, the industry, the mental grasp and the strength of will which in combination were the secret of the ‘Nightingale power.’…

The movement for extending district nursing was very near and dear to Miss Nightingale’s heart; she was “possessed of the idea of the district nurse as health missioner,” and we know there is yet far to travel before we come within measurable distance of her ideal…

There follow a description of the new monument to Florence Nightingale in Florence, Italy, which can be seen here: http://himetop.wikidot.com/florence-nightingale-memorial

Miss Amy Hughes (General Superintendent of the Queen’s Institute) delivered the Nightingale Oration, on October 8th, [1914] in the Town Hall, Liverpool. Miss Hughes recalled the fact that it was just sixty years ago this month since Miss Nightingale started for the Crimea; she spoke of the immense amount of good that had sprung from the efforts of one woman working with a sense of vocation. Miss Nightingale inherited from her mother a talent for organisation, and from her father the spirit of speculative inquiry, and as a child she felt that she was destined for some special calling. She went out to the Crimea with a staff of 38, which was increased eventually to 125, whereas in the Boer War the British nurses on service numbered no fewer than 800. … From the Crimea Miss Nightingale came home imbued with the need for nursing reform, and Miss Hughes passed in review the various nursing movements in which she was interested, and in some of which she had the co-operation of Mr William Rathbone… 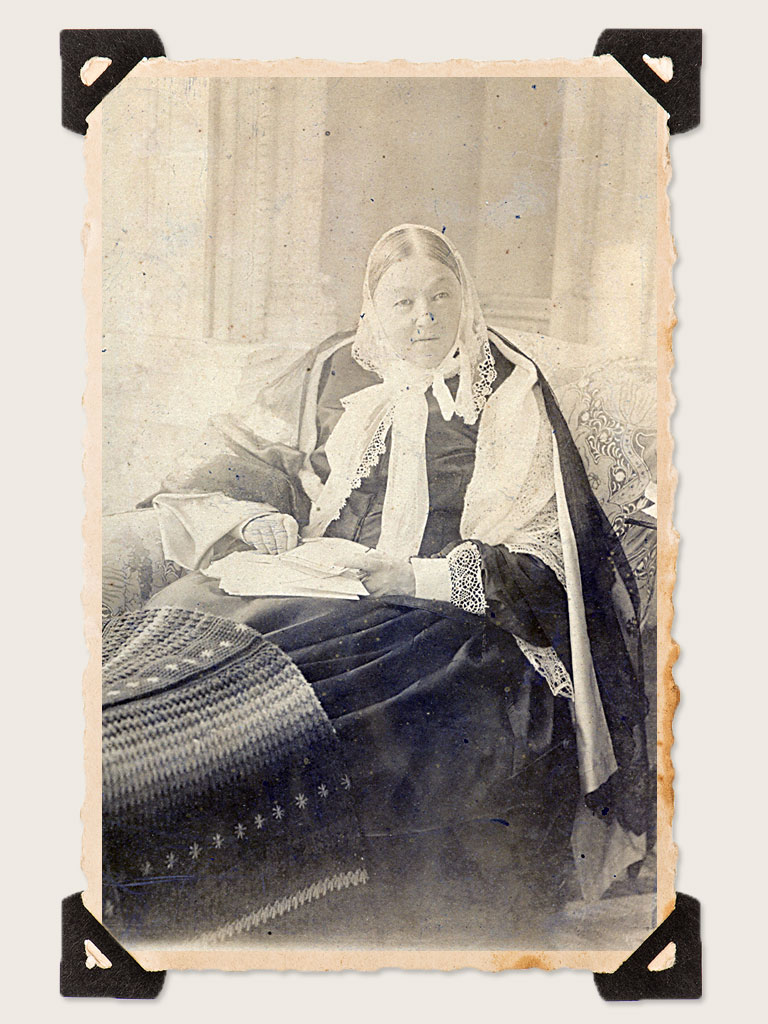