This was also the case of The Frontier Nursing Service, established by Mary Breckenridge in Kentucky, USA, in 1925. Mary came to England in 1924 to undertake ‘a first hand study of the famous Queen’s Nurses in England and the Scottish Highlands, trained nurse-midwives, in service both in the large centres and the lonely outposts, who in that year, in England alone, delivered 54,544 mothers, with a death rate of but one and four tenths for every thousand’ (quoted from Nurses on Horseback by Ernest Poole, 1932). In the early years of the Service, all new recruits were sent to Britain to receive Queen’s Nurse training.

After the Second World War The Queen’s Nursing Institute helped arrange for fifty Greek girls to come to Britain for nurse training. In 1955, 41 Queen’s Nurses were appointed to posts abroad. The January 1958 Queen’s Nurses’ magazine listed overseas services started in Malta (1946), Jamaica (1957), Singapore (1956), Nigeria (1954), Tanganyika (1957) and Kenya (1956), in collaboration with local authorities in those countries. Nurses from those countries came to the Institute for training, some returning home and others staying in the UK. Delegations came from France, Brazil, Turkey, India, Greece and Finland to find out more about the administration and training of district nurses in Britain. Nurses also came from Israel, The Philippines, Sweden, Denmark and Canada to observe district nursing, particularly in rural areas. At the same time, district nurses from Britain were known to be working in Australia, Belgian Congo, Bermuda, Canada, The United States, Cyprus, Denmark, Malaya, South Africa, St Kitts and other countries.

The contribution of nurses from overseas to district nursing in England, Scotland, Wales and Northern Ireland has become more and more important over time. Zena Edmund-Charles was one such nurse who came to London from Jamaica and you can read her account here.

The Queen’s Nurses’ Magazine contains many accounts of nurses working in different parts of the world and of nurses coming from overseas to the UK. Read about District Nursing in Bermuda during 1909. 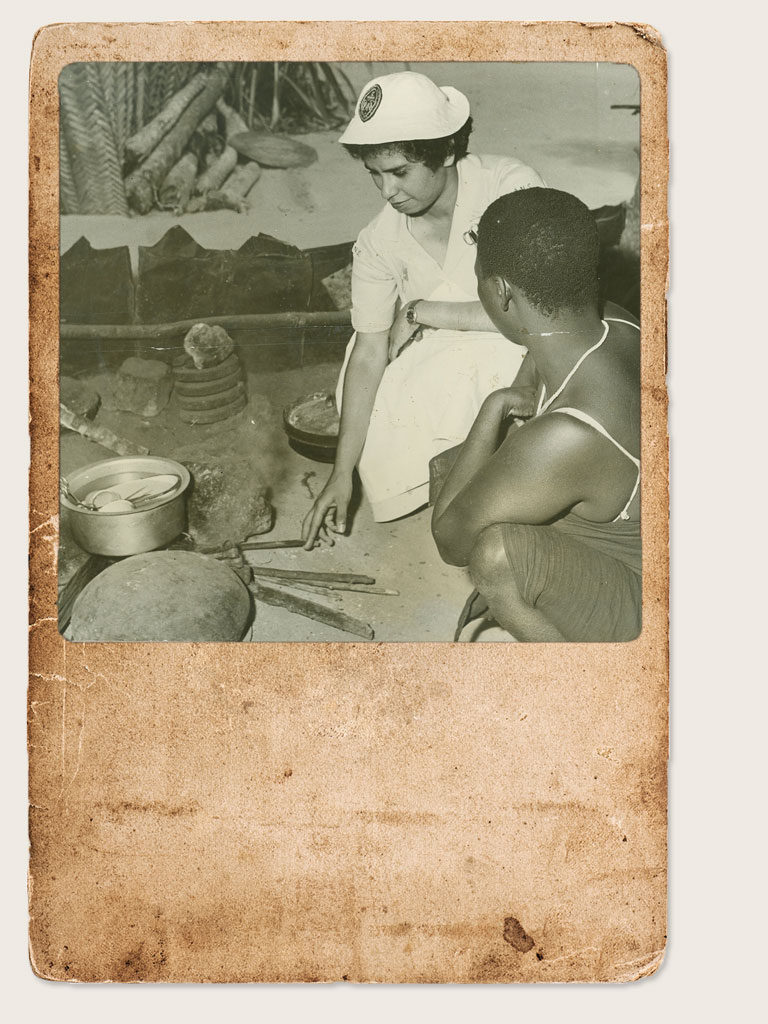